The TQYF series lightning rod adopts intermational advanced technique, presently it has obtanined state patent, Its exciter absorbs and stores energy from nature electric field. The air is well electrical connectior existed among reflector, point of lightning arresterand earth, stays at eauipotential state So, under normal conditions, there is electric field strength existed between exciter and emitter which would be rapidly augmented before thunder lining, the potential difference between exciter and reactor is about eauivalent to electric potential between thundercloud and earth, the voltage drop between them woudle be increased rapidly, which would lead to strike fire of point and air ionization around point, so as to from poet discharge phenomenon.

The air ionizationaround point resulted from rapid increasing of electric field between central collecting pole of lithtning rod and exciters would lead to discharge within short and accurate period, for a large amount of electriction exists, the nature sorona effect would be reduced, which forms one anticipated upward discharge passage, it would rapidly and safely intercept thunder lightning, moreover, it can release the thunder lightning down to earth. 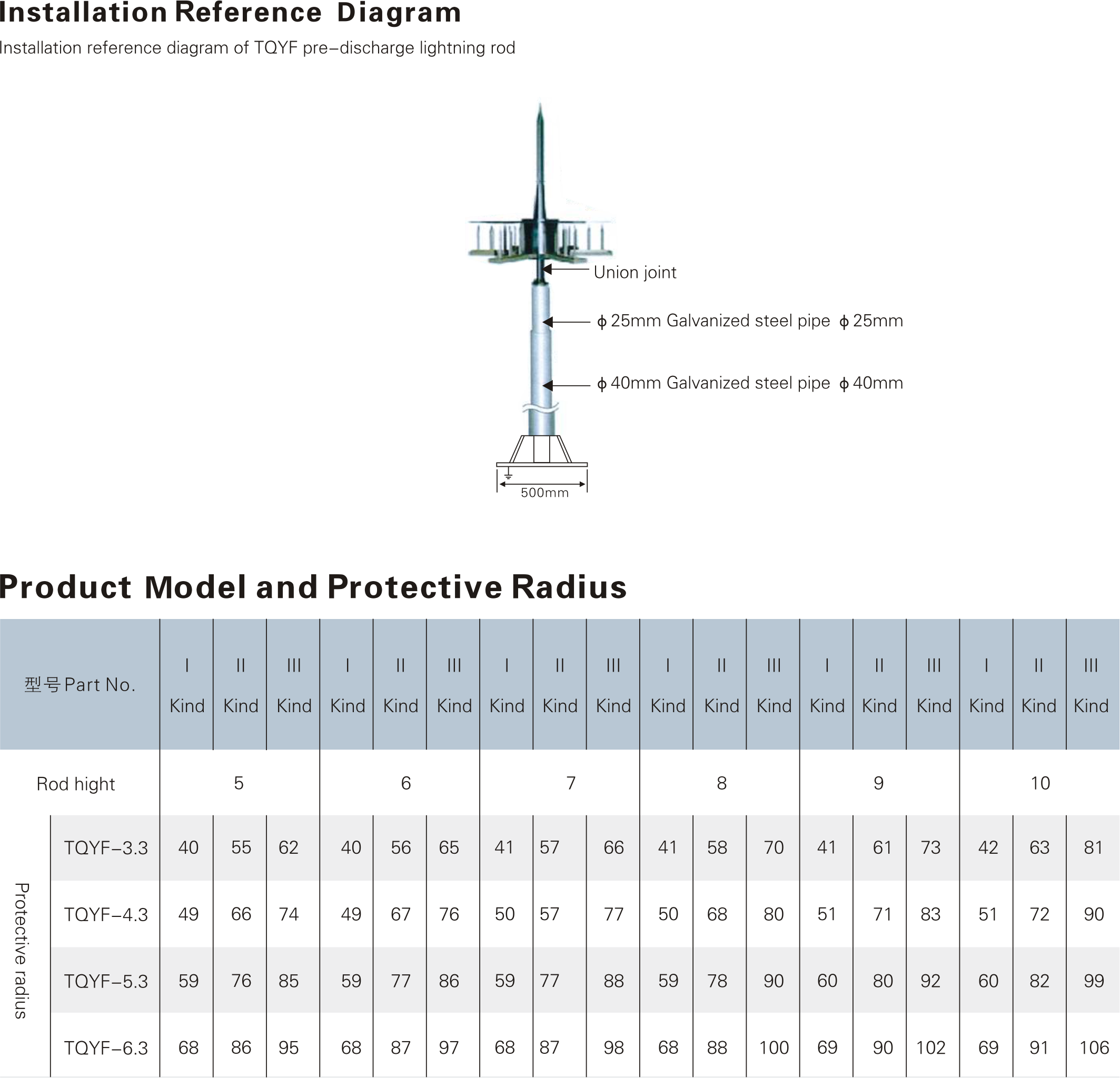 No electronic system, t would not be damaged because of surge impulse, the protective, quality would not be changed after thunder－strike.

Many different protective radiuses is given for customer selection.

It can not be self-activated until there is lightning, completely active form intercept thunder 7 lightning sy.

Be safe and reliable, import forign advanced technique, it has passed test of related state epartment. 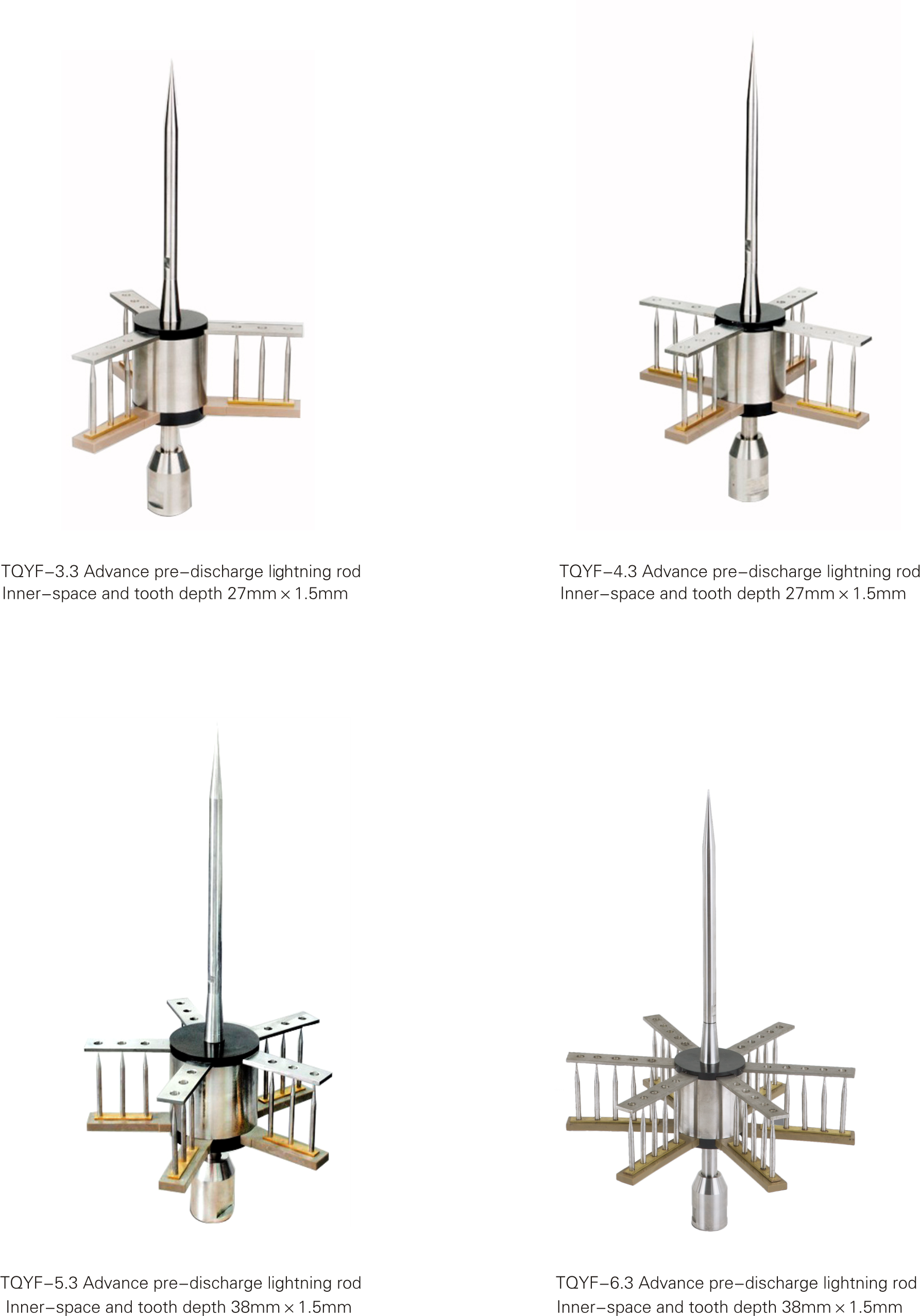